On September 15, 2011, the Pilot episode of The Secret Circle aired. At that time, I hadn’t watched The Vampire Diaries, but from what I gathered, this show was sort of a spin-off about witches. However, it wasn’t really a spin-off. It was based off the book series by L.J. Smith, who wrote the TVD series. TSC also shared some of the same creators and producer.

But I was excited and watching for two reasons:

1. Shelley Hennig was starring in it. At the time, the former Miss Teen USA was mostly known for her role as Stephanie Johnson on Days of Our Lives and TSC was her first role after leaving the daytime soap opera. I’ve seen a few of the other actors work on previous shows, like Britt Robertson in Life Unexpected and Phoebe Tonkin in H20: Just Add Water

2. Witches and magic. There was so much hype around vampires with the Twilight series, other supernatural beings were being shunned away. And as a fan of Charmed, I was ready to see a new generation of witches kick butt and defeat evil.

Sadly, while the show was picked up for a full first season, it was not renewed by the CW. This was one of the show cancellations that I actually cried about. I became too attached. I dreamed I was part of the circle! Over one season we saw 5 characters, with all different personalities, work together because together they were more powerful. They had to fix the mess their parents put them in. Personalities clashed, relationships formed, and there was a power struggle between all of them. The main goal was to defeat the evil beings of the world together, all the while surviving the drama that is high school. And of course there were four bad-ass female characters.

And I’m still bummed about the cancellation. I signed the petitions and I was all over Twitter trying to help the show get picked up after such a cliffhanger of a finale. With the majority of the actors having shows ending soon, one can’t help but hope some revival or reunion comes through soon.

Luckily, the 1st and only season of TSC was on Netflix for a while. It was recently taken off, but just became available on the CW Seed. You can watch it online or on the app for free!

So if you’re up to watching an old show about some new witches, feel free to join me each week as I rewatch The Secret Circle.

The Pilot episode begins with the main heroine, Cassie Blake (Britt Robertson). It’s a dark night and she’s driving down a long road towards home. That is until a mysterious car cuts her off and causes her to get a flat tire. It’s definitely not an accident when we see the car stall from afar before driving off. While Cassie calls her mother to inform her of the situation, the same car happens to pull up to their house. A little bit of magic here and there and Cassie’s mother and home go up in flames. 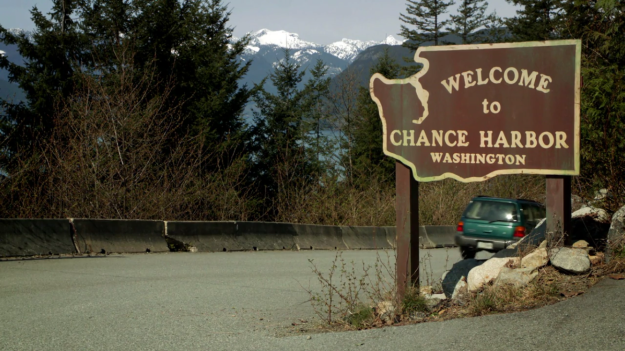 After the tragedy that ensued, Cassie is forced to live with her grandmother in a small town named Chance Harbor, where her mother grew up. She starts school at Chance Harbor High School and the first person she meets is Principal Dawn Chamberlain, her mother’s old friend.

We then are taken to two other students expecting the arrival of the young blonde, Cassie’s brooding neighbor, Nick Armstrong (Louis Hunter) and other brooder, Adam Conant (Thomas Dekker). When Adam first sees Cassie down the hall, you can feel the chemistry between the two forming. But Adam isn’t the first person to introduce themself to Cassie. Resident bad girl, Faye Chamberlain (Phoebe Tonkin), the Principal’s daughter, oozes out some sarcasm before “helping” Cassie open her locker.

Then Diana Meade (Shelley Hennig), Chance Harbor’s girl next door, comes into the picture. As the unofficial welcome committee, Diana invites Cassie to hang out at the Boathouse Grill after school. Before seeing Diana, she’s awkwardly approached by Adam’s father Ethan, who reminisces about his love for Cassie’s mother, Amelia. “It was written in the stars,” he says before Adam stops him from continuing.

When Adam leaves Cassie alone for a moment, Faye swoops in along with Melissa Glaser (Jessica Parker Kennedy). Melissa is sort of Faye’s sidekick. They continue on with the sarcasm which causes Cassie to leave. Melissa tells Faye, “I don’t think she knows,” and Faye decides to put Cassie through a magic test. This test includes setting Cassie’s car on fire while she’s locked in. Cassie fails,  but luckily Adam is there to use his powers to save her. 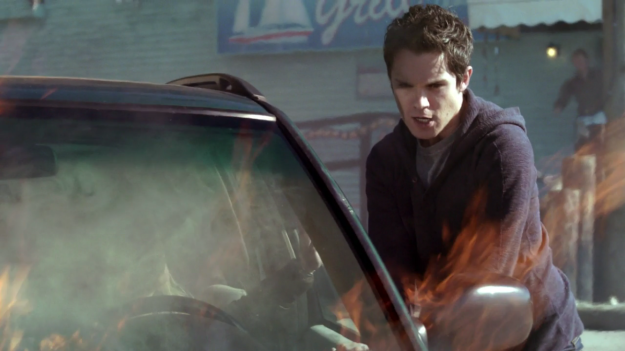 Diana’s a few minutes late to the epic event, but when she sees Faye she knows exactly what happened. During this scene, we find out that Diana and Adam are dating. The look of disappointment falls on Cassie’s face.

Remember when I talked about power struggles? Well here goes one with Faye and Diana. Diana’s almost like the leader of the circle. She wants to take it slow and does not want to risk being discovered. Faye on the other hand is loving all the magical energy and wants to use her powers, especially since she saw what Cassie’s energy did with the fire.

At home, it seems Cassie’s power has awoken. But she has no idea what is happening. The next morning she walks into town looking for her grandmother and bumps into a familiar face. At least he’s familiar to viewers. He was the man outside the Blake residence in the beginning of the episode. Turns out he’s Diana’s father, Charles Meade. It makes you wonder if Diana’s aware of what he did considering how nice she’s being to Cassie.

Cassie’s grandma seeks out Dawn Chamberlain and suspects that the kids are practicing after Cassie’s car caught on fire. Dawn’s feigns disbelief claiming that she knows the kids and what they do in their spare time. Practicing magic is not it.

But as we know, they are practicing. And when Cassie is suspicious of weird activity, Diana finally decides to introduce Cassie to the whole gang, aka the secret circle. They have a secret hideout in an abandoned house and it’s finally confirmed who’s in the circle: Faye, Melissa, Nick, and Adam. Cassie completes the circle of six and while Diana tries to lay it on her softly, Faye is blunt AF. “You’re a full blooded, 100% witch.”

Cassie thinks they’re all loony, which is completely understandable. Mr. Conant’s “written in the stars” comment is starting to make sense when the members of the circle explain the existence of each families’ books and the loss of a parent. But for proof, Adam convinces Cassie to chant, “A drop of water as light as air,” and again with their strong chemistry, they produce magic around them.

For a moment, Adam forgets he has a girlfriend. Cassie leaves in search for more answers from the people that knew her mother. She doesn’t get anywhere and appears to be convinced when Diana recalls what she knows about the last circle. 16 years ago there was an accident and all the people that died were members of the circle and happened to be their parents.

What’s more convincing is Faye putting her newfound power to the test again. This time she messes with mother nature and makes it rain. She’s on a high, that is until Diana interrupts and gets hurt. Faye can’t stop it on her own and Cassie intervenes. Faye’s little display for attention has convinced Cassie…convinced her that she doesn’t want to be involved with any of them.

Charles Meade continues to be sketchy. He visits Adam’s dad and gives him a warning to shut his mouth after seeing him speak to Cassie earlier that night. If witchcraft was banned since the last circle, how does Charles have magic?! In a major plot twist, Dawn and Charles are in cahoots with each other. They planned for Cassie to come to town and everything is going as expected.

The episode ends with Cassie finding her families’ book and a letter from her Mother. Looks like Cassie might be siding on Diana with this one.

See you next week with the recap of episode 2, “Bound”.