Last night the ladies rocked the #Oscars red carpet, but a lot of the men cleaned up very nicely as well. Some showed up in classic black tuxedos, while others decided to go against tradition and added some color and style. So before my Monday ends, here’s a special dedication to those guys.

Timothee Chalamet followed last night’s trend of white on the red carpet dressed in an ivory tux by Berluti. He finished off the look with some black dress shoes and couldn’t look more perfect. | Photo Source: Frazer Harrison/Getty Images North America) via Zimbio|

Armie Hammer gave a new meaning to red velvet in this suit by Giorgio Armani. His look was definitely a contrast compared to his Call Me By Your Name co-star Timothee, but it looked great when the two were pictured together. | Photo Source: Neilson Barnard/Getty Images North America via Zimbio |

Chadwick Boseman looked like a King last night in an all black ensemble by Givenchy Haute Couture. After the success of Black Panther, I wouldn’t expect anything else. I loved the long coat with the grey detail. | Photo Source: Frazer Harrison/Getty Images North America via Zimbio |

Gael Garcia Bernal, best known for his role in Mozart in the Jungle, represented Disney Pixar’s latest hit, Coco. He did a beautiful job performing the lullaby version of “Remember Me” last night and looked good in a navy Dior suit. | Photo Source: Frazer Harrison/Getty Images North America via Zimbio |

Tom Holland left his Spidey suit behind for a custom Hermès suit.  It was fitted perfectly and was suiting for his age. My favorite part of the look was the double breasted jacket. | Photo Source: Neilson Barnard/Getty Images North America via Zimbio |

Daniel Kaluuya kept it classic in Brunello Cucinelli with black slacks, but added light brown into the mix, in what appears to be a suede jacket. The fit looked perfect on the breakout star of Get Out. | Photo Source: Neilson Barnard/Getty Images North America via Zimbio |

Let’s not forget the men who couldn’t make it to the ceremony: 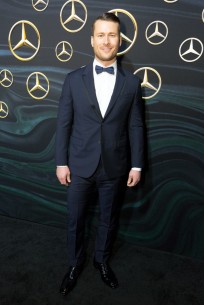 Navy was a popular color among the men’s suits. BFFs Chord Overstreet and Glen Powell practically matched, and Kendrick Sampson spiced it up a bit more with a velvet jacket. 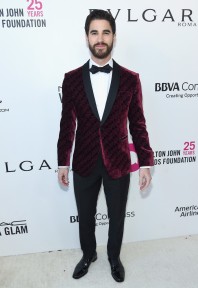 It was a Glee reunion last night! But it’s too bad we didn’t see any pictures of Darren Criss and Chris Colfer. Sebastian Stan took it up a notch with a navy jacket with a lot of detail. 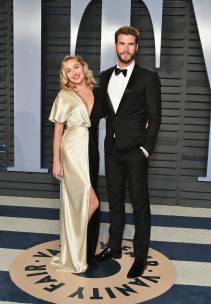 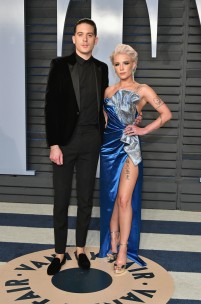 A lot of Hollywood’s couples stepped out together last night. Both Liam Hemsworth and G-Eazy looked extremely in love with their counterparts, Miley Cyrus and Halsey. Personally, I loved G-Eazy’s whole ensemble with the velvet jacket and the loafers. Spiderman star Tom Holland changed his outfit from the main event and stepped into a maroon ensemble by Dolce&Gabbana.

Which guys are your #ManCrushMonday?