It’s clear that many fans were very unhappy with last night’s series finale of Game of Thrones. But all things must come to an end and not everyone can get a happy ending.

As for me, I didn’t hate it, but I also didn’t love it. I felt like there should have been more to the story or even a bit more time to process everything that went on this season. Either way, the episode definitely had moments that got me in my feelings. *Photos via DigitalSpy and belong to HBO*

Tyrion and his siblings

Obviously, the aftermath of last week’s episode was eerie. I can’t even imagine how Tyrion felt walking through it all. What got me was that he didn’t immediately go looking for Daenerys. He went straight to the Red Keep and the tunnels that led out of it. He needed to know if his brother and sister made it out alive. 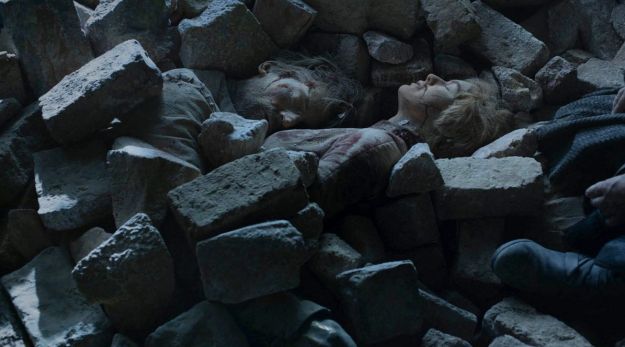 At that moment when Tyrion saw Jamie’s gold hand underneath all the rubble, I felt the heartbreak. This scene moved me more than the duo’s impending death from last week. Despite everything he’s went through with his siblings, Tyrion’s grief was real. I felt it. 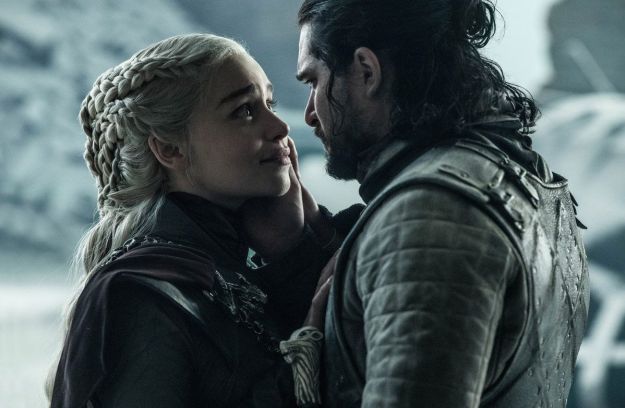 I knew this scene was coming from unconfirmed spoilers and Twitter. I’m not sure if I was less emotional because of this, but I do know that I will always love Dany and Jon. And if I took a shot every time Jon proclaimed that Daenerys was his Queen, the hangover would have been insane. I loved their stories, both as individuals and together. Two heroes, who find each other and fall in love amidst the chaos. Sadly, it was a tragic ending.

As Dany approached the Iron Throne and reminisced about her childhood and finally getting what she’s longed for, I wonder how Jon ever got the courage to do what he did. It was heartbreaking as Jon professed his love one final time before betraying his Queen. Daenerys has had one goal her entire life – to become Queen. Jon’s goal was to always do the right thing. Both goals cost them their love for each other. “Duty is the death of love.” 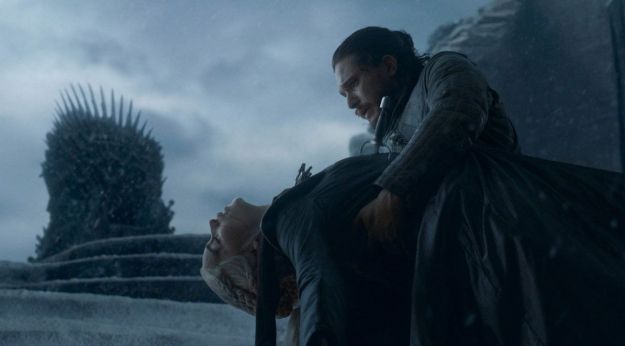 Drogon set the throne on fire.

Daenerys will always be one of my favorite characters. She has always been such a bad ass and while she’s done a few questionable things this season, this was not the ending I pictured for her. 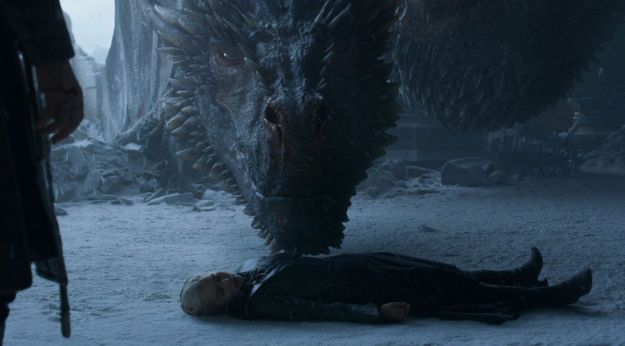 Drogon lost his brothers and now, his mother. As he nudged Daenerys, it was such a heartbreaking moment because Dany was all he had. I honestly thought that Drogon would attempt to burn his cousin Jon or simply rip him apart, but he somehow understood that the throne was Dany’s downfall. After everything that was lost, the iron throne was included with her ending and Drogon made sure of it.

I always loved the relationship between Jon and Arya. Jon has always been one of Arya’s biggest supporters and Arya always looked up to Jon. They bonded over the fact that they were both “black sheep” of the family. 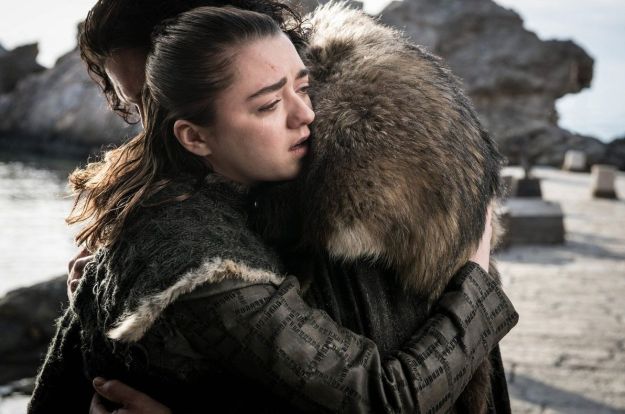 When Jon was leaving to go back to the Night’s Watch, I felt their goodbye was the most heartfelt because of their close relationship. With their different paths, it almost felt like they were never going to see each other again. I hope both find happiness west of Westeros and North of the wall.

I have two things to say:

1) Sansa is the Queen in the North and Margaery Tyrell would have been proud. Sansa isn’t that little bird anymore and it shows. I’m actually extremely happy about Sansa’a character development. I remember hating her attitude in the beginning, but I grew to love her and what she stood for. 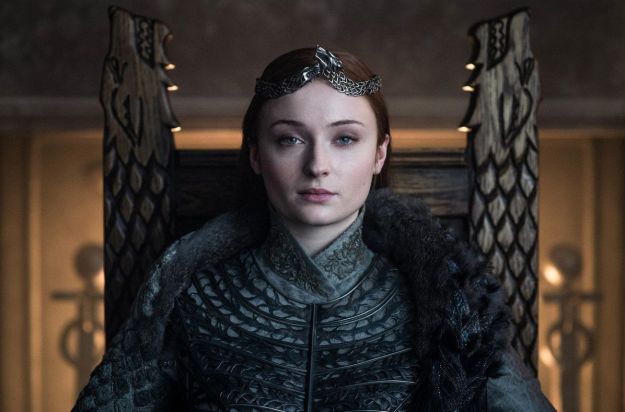 2) Bran knew he was going to be King of the Six Kingdoms and let all those innocents die. Would things have changed either way? I don’t know, but Brandon Stark is shady AF.

Dany conquered King’s landing and Drogon was 100% behind her. Literally. The cinematography was perfect. Daenerys Stormborn of House Targaryen, the First of Her Name, Queen of the Andals and the First Men, Protector of the Seven Kingdoms, the Mother of Dragons, the Khaleesi of the Great Grass Sea, the Unburnt, the Breaker of Chains, rose from the ashes. She was that bitch and did not regret anything. 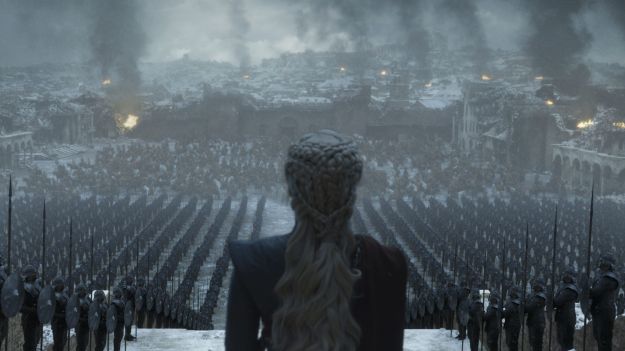 If you have thoughts, concerns, or comments, hit me up on one of my socials!